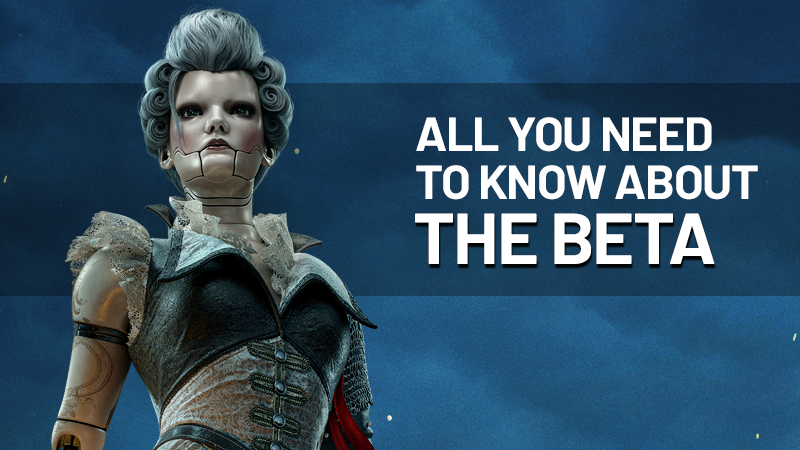 Steelrising's release is right around the corner, on September 8th. It’s even sooner for the lucky ones who pre-ordered the game and will have access to a closed Beta that starts today!

So here is everything you need to know about it!

The Beta ends on Wednesday, September 7th. One day before the official release of Steelrising.

You can play by pre-ordering Steelrising Standard or Bastille Edition. Both will give you access to the beta. In addition, the Bastille Edition also gives you an exclusive weapon and access to our future extension: Cagliostro's Secrets.

The Beta gives you access to the first two levels of the game.

5 – Will my progression be saved at the end of the Beta?

No. You will have to start the game from the beginning when the Beta ends.

6 – I pre-ordered but do not have access to the Beta, what should I do?

If you pre-ordered the physical version of the game, you should be able to ask your retailer a code to access the beta which you can redeem on your platform either on Steam (via “+ ADD A GAME”), on PS5 (in the PlayStation store in the menu “More” and “Redeem code”), or on Xbox Series (in the Microsoft Store in the “More Options” tab and the “Redeem” button).

[Update] The issue with the key delivery is known. You can follow this thread for more information.

Interested in playing the Beta? You can still pre-order the game now: here.